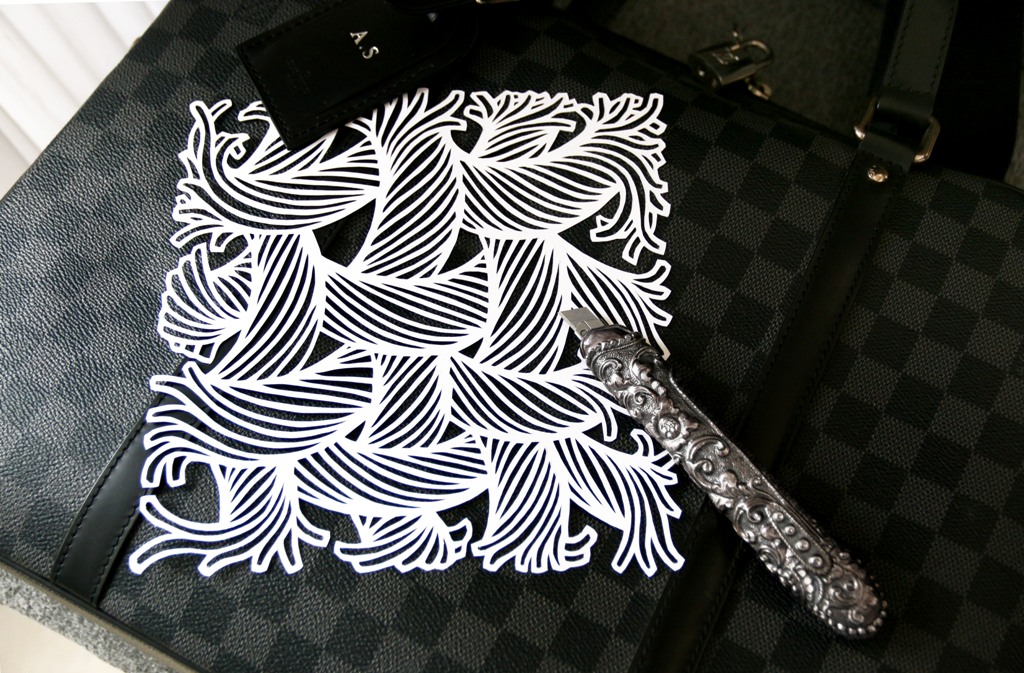 I’m in love with this pattern since the first I saw on @louisvuitton Instagram, and apparently this is the pattern which Louis Vuitton’s pays tribute to Christopher Nemeth

Paris may have been the location for Thursday’s Louis Vuitton menswear show, but London was its inspiration. Kim Jones – men’s artistic director at the French luxury brand – stated that the show was a tribute to cult 1980s fashion designer Christopher Nemeth whose work he said “defined London”.

“I think Christopher Nemeth is the most important designer to come out of London alongside Vivienne Westwood,” said Kim Jones, Men’s Artistic Director of Louis Vuitton.

“He is Savile Row, he is the street, he is the club. His designs define London. He trained as a fine artist and came into fashion from being an illustrator. I can see the influence of his work in so many collections, and yet it is not often acknowledged and still seems unknown to many. That’s why, as we approach the fifth anniversary of his death, I wanted to openly celebrate Christopher Nemeth’s life and work this season at Louis Vuitton.”

Christopher Louis Nemeth was born in 1959 in Birmingham, England. In 1979 he moved to London to study painting at Camberwell College of Arts. It was after college that Nemeth began making clothing for himself.

Self-taught in pattern cutting, he made use of use canvas he would paint on, as well as discarded sacks and old suiting. Each became distinct signatures of his ‘deconstructed’ style.

He was ‘discovered’ by photographer Mark Lebon who had seen the young artist riding his bicycle, wearing his self-made clothes. Mark Lebon was already a fixture in i-D and The Face, which were our ’80s bibles.

By this time, Christopher had started selling his clothes at Kensington Market.

In 1986 he moved to Tokyo, where his spirit of creativity and craftsmanship remain uncompromised until his death in 2010 aged 51 had been an illustrator before becoming a fashion designer and one of his signatures was to use canvas, discarded post sacks, and reconfigured old suiting. Conversely his artwork would portray the process of crafting clothes. On the Vuitton catwalk Jones utilised one of Nemeth’s artworks – a rope print which appeared several times on poloneck jumpers and cashmere duffle coats. Multiple mini messenger bags bearing the house monogram were worn crossed over the body – a reference to style in the fashionable Harajuku district of Tokyo, where Nemeth is well known, but which could also be read as a cheeky nod to that other cult 1980s fashion hub: Kensington Market.

Under Kim Jones Louis Vuitton’s menswear collections have wielded huge influence over the entire fashion industry. Last season’s focus on the 70s is currently being rolled out into many designer’s collections a full six months later, while Jones’s penchant for designing luxury boilersuits is fast becoming an insider menswear trend with the high street hoping to cash in.