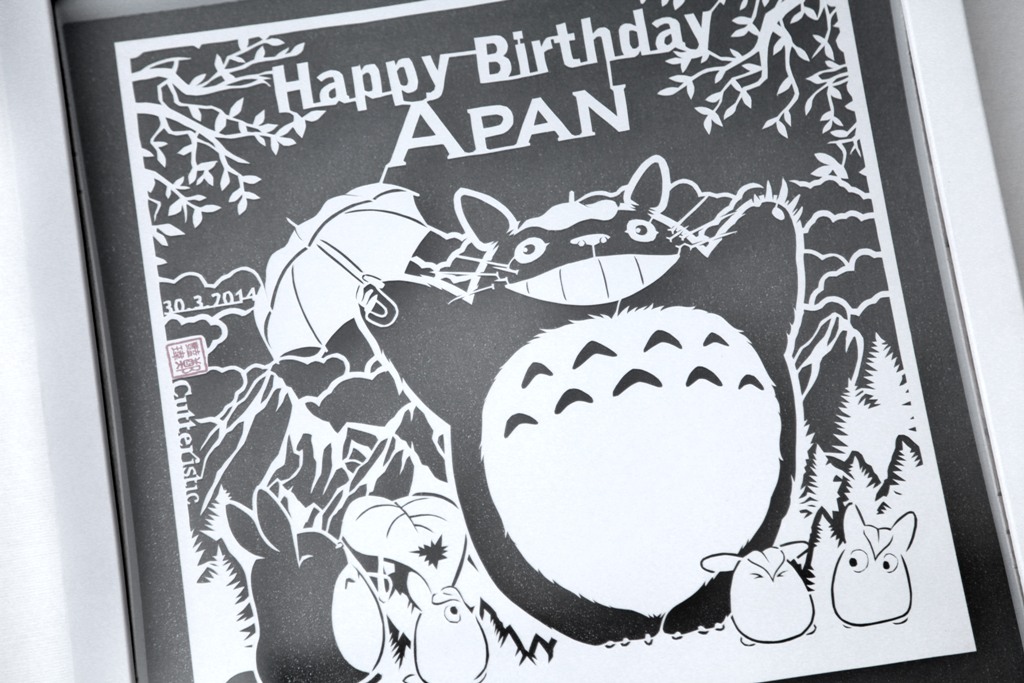 My Neighbor Totoro (となりのトトロ Tonari no Totoro?) is a 1988 Japanese animated fantasy film written and directed by Hayao Miyazaki and produced by Studio Ghibli. The film – which stars the voice actors Noriko Hidaka, Chika Sakamoto, and Hitoshi Takagi – tells the story of the two young daughters (Satsuko and Mei) of a professor and their interactions with friendly wood spirits in postwar rural Japan. The film won the Animage Anime Grand Prix prize and the Mainichi Film Award for Best Film in 1988.

Totoro has made cameo appearances in multiple Studio Ghibli films, including Pom Poko, Kiki’s Delivery Service, and Whisper of the Heart. Additionally, various other anime series and films have featured cameos, including one episode of the Gainax TV series His and Her Circumstances. Totoro has also had cameo appearances in various non-Japanese works, including on Comedy Central’s Drawn Together and in the “Imaginationland” episodes of South Park as a background character, in Neil Gaiman’s The Sandman: Brief Lives in which Delirium blows bubbles into a number of impossible shapes, including a Totoro holding an umbrella. My Neighbor Totoro is also parodied in the South Park episode “Mysterion Rises” in a couple of scenes where Cartman plays on the belly of the dark lord Cthulhu and later flies on the inderdimensional monster to the tune of the iconic end credits song from the film’s soundtrack.[21][22] Miyazaki also uses Totoro as a part of his Studio Ghibli company logo. Volume 9 of the Gin Tama manga has a spoof of the film entitled “My Neighbor Pedro”. Also, the Samurai Jack episode “Jack and the Creature”, and the Bob’s Burgers episode “An Indecent Thanksgiving Proposal” pay homage to this film. A Totoro plush makes an appearance in Pixar’s Toy Story 3.

A Birthday gift for Totoro lover